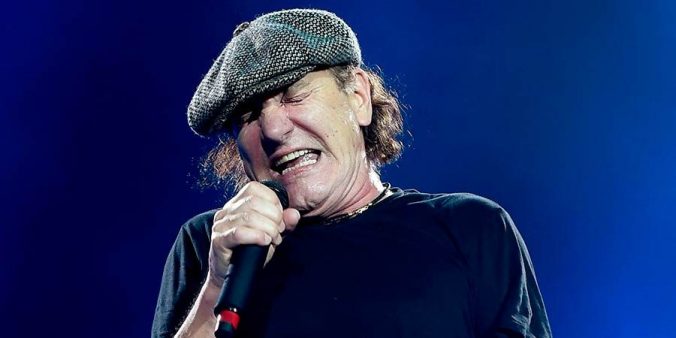 In this article, we show you a list of ten famous people that you may not know suffer from hearing loss.

10 celebrities who are deaf or hard of hearing

The symptoms of hearing loss can occur at any age for a variety of different reasons. For many years, people with impaired hearing have identified with celebrities from the world of sport, music, cinema or television with the same issues, who provide positive examples of life after their diagnosis.

Actress Jane Lynch has been deaf in her right ear since she was a baby. In fact, it was only when she was seven years old that she discovered that most people could hear out of both ears. As she explained in her memoirs, which were published in 2011, her brother kept switching the earpiece of his radio from one ear to another while playing one day. When she told him that he could not do that, as people could only hear out of one ear, he replied that he heard out of both.

In 2016, the lead singer of AC/DC left the rock group due to the risk of his hearing loss becoming total if he continued to perform on stage. Johnson has admitted that his hearing problem was not caused by prolonged exposure to ear-splitting music, but is the result of his long-standing passion for motor racing, in which noise levels are also extreme. Despite his retirement, he continues to collaborate with other bands and appears on motoring shows on television, while some say he may soon return to the stage.

Another striking case is that of actor Robert Redford. During the filming of “All is lost”, in which he plays a sailor lost in the Indian Ocean, Redford spent so much time under water that he developed an ear infection that cost him 60% of the hearing in his left ear.

Caryn Elaina Johnson, known professionally as Whoopi Goldberg, wears hearing aids in both ears. She believes that her hearing loss was caused by years of listening to loud music. She supports the Starkey Hearing Foundation, whose main purpose is to provide hearing aids to people in need around the world.

You may not recognise the name of this sportsman, but he was the first deaf professional baseball player. He also created the signs for ‘out’, ‘safe’ and ‘strike’, which are still used in the game today.

In 2017, Spanish journalist and writer Carme Chaparro made her Ménière’s disease diagnosis, which causes a constant buzzing in her ear, public.

This Mexican singer suffers from tinnitus, which involves hearing a buzzing or ringing that is not created by an external source. He began treatment for his symptoms in 2015.

This famous actress, known for winning two Oscars, once told a Chicago Tribune journalist that she had neglected some health issues, which led to her needing to use hearing aids.

Well-known Spanish actor and director Santiago Segura suffered an episode of sudden hearing loss. While he recovered his hearing shortly after, he has suffered the symptoms of tinnitus mentioned above ever since.

This former President of the United States suffers from high frequency hearing loss. As a result, he has difficulty hearing in noisy surroundings and needs to use hearing aids.

As we have seen in these examples, hearing loss can have many different causes. It is important that everyone has their hearing checked once a year to detect any issues early on and begin any necessary treatment.

Do you make regular appointments with your specialist to treat your hearing issues? Do you know of any more celebrities who have trouble with their hearing? Let us know in the comments below. We look forward to reading them!

The importance of checking your hearing aids after summer